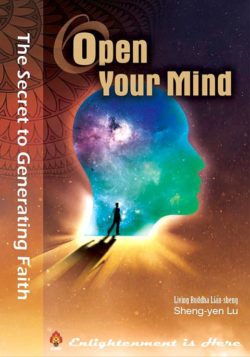 In October 2011, I had expounded the dharma in both Seattle Ling Shen Ching Tze Temple and Rainbow Temple in the United States for a duration of two months. During these two months, the dharmas that I taught included numerous essential and precious pith instructions.
In addition:
At the “Chang Hong Temple” of Panama, I expounded the mnemonic of the “Nine-Syllable Mantra Syllable-Cutting Formula” and “Kalachakra’s Sun-Moon Disc Practice,” which were very hard to come by.
At the “St. Dak Temple” in the state of Florida of the United States, I transmitted the secret among secrets, the “Supreme Divine Water Practice.”
At the “Lian Sheng Temple” in the city of Philadelphia of the United States, I taught “The Padmakumara Dharma Lineage Flow,” which was deeply unfathomable.
At the “True Buddha Diamond Temple of New York” in the United States, I preached “The Sadhana of Mahapratisara Bodhisattva,” which was really rare and precious.
At the “Houston True Buddha Temple” in the state of Texas of the United States, I transmitted “Kalachakra’s Five Wheels” and explained “Nirvana is Joy.” These were hardly heard of in this world.
Etc…
The pith instructions in these teachings and the practice of diligent cultivation originated from my lineage masters to whom I pay homage to:
Reverend Liaoming.
His Holiness the Sixteenth Dharma King (Karmapa).
Vajra Master Sakya Zhengkong.
Vajra Master Thubten Dargye.
And all Masters.
My cultivation is just like my writing, in that it has not ever been interrupted in the past forty years. In fact, in this current life, it is difficult to find anyone with such perseverance and fortitude towards meditative practice. Therefore, my blessing [to sentient beings] is limitless and so is my achievement.
I also predicted:
1.Attainment of Buddhahood in this current life.
2.Rebirth in the pure land.
3.Eternally living in this world and turning the dharma wheel.
In this life, I am a cultivator who has set the foundation in benefiting the generations of cultivators to come. This is my wish and is also the vow that I made.
* * *
Over forty years ago, I was at the “Jade Emperor Temple” of Taichung where I coincidentally met “Madame Lin Qiandai” and was guided by her. Golden Mother of the Jade Pond descended and opened my Divine Eyes.
Golden Mother of the Jade Pond said, “I have been looking for you for a long time!”
And said, “I have helped to transfer your [military] posting so that you will be permanently stationed in Taichung.” (Referring to my life in the army.)
And said, “A great opportunity will arise and a Great Dharma will be passed on to you.”
And said, “Follow the buddhas wholeheartedly, practice wholeheartedly, and perform good deeds wholeheartedly.”
(I was twenty-six years old at that time.)
Starting from that day, I encountered miracles almost every day to the extent that I could not finish recounting all of them even if I were to do so.
I flew to the buddha land of Padmasambhava.
I visited ancient tombs or caves.
I was swallowed through the mouth of Padmasambhava, and then reborn from Padmasambhava.
Padmasambhava transformed into rainbow light. I merged into the rainbow light and bathed in all the empowerments from the lineage of Padmasambhava; the flow of his lineage empowerments diffused through my eighty-four thousand pores.
I experienced:
The splitting of the sky.
The shaking of the mountains, rivers, and lands.
I wrote my experiences, but was misconstrued by people as mad.
(Therein lies the secret of the awakening of my faith)
I wish this book, Open Your Mind, can make people generate faith in practicing Buddhism.