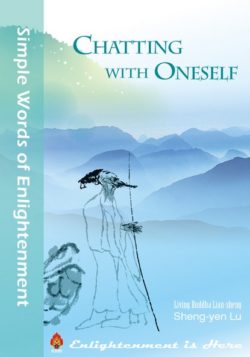 While reading “Kobo Daishi Kukai’s Chronology,” I noted the time Kukai and his mentor Acharya Huiguo spent together.
In the fifth month of the year of Enryaku 24 (805 A.D.), at the age of thirty-two, Kukai and several monks from the Changan Ximingsi Temple visited Acharya Huiguo at the Changan Qinglong Monastery.
At the beginning of the eighth month the same year, Acharya Huiguo bestowed the Empowerment of Acharya to Kukai.
On the fifteenth of the twelfth month, Acharya Huiguo passed away.
So from their first meeting to farewell, Master Kukai and Master Huiguo had only known each other for a short period of eight months.
It is said:
Master Huiguo was ill at that time.
When Huiguo saw Kukai, he said:
“If you do not come, I will have to leave!”
“I have waited for you for a long time!”
Thus, Huiguo bestowed to Kukai:
Acharya Empowerment.
The Yidam Empowerment of Maha-Vairocana.
The Vajra Title of “Maha-Vairocana-Vajra.”

When I first met Reverend Liaoming, he spoke to me:
“I have known you for a long time!”
“I have been waiting a long time for you!”
Thus, he bestowed to me:
Acharya Empowerment.
The Vajra Title of “Great-Fortune-Vajra.”

My meeting with the Sixteenth Gyalwa Karmapa took place at the Dharmachakra Monastery in upstate New York.
I was chanting the Karmapa Chenno Mantra.
Like Reverend Liaoming, the Karmapa said to me:
“We meet again!”
“We are seeing each other again!”
We were like long lost friends and the Karmapa was in a particularly good mood.
He bestowed to me:
The Five-Buddhas-Crown-Adornment Empowerment.
Green Tara Empowerment.
Mahakala Empowerment.
The Karmapa said:
“Generally, I practice the Tara Sadhana in the morning and the protector sadhana in the evening.”
The gifts the Karmapa gave me as keepsakes and accessories for the Acharya Empowerment were more than my offerings to him.
“Why?”
My reply is very short:
“Affinity!”
I have a particularly wonderful feeling that my Root Gurus “Reverend Liaoming,” “His Eminence Sakya Zhengkong Rinpoche (Dezhung Rinpoche),” “His Holiness the Sixteenth Gyalwa Karmapa,” and “Vajra Acharya Thubten Dargye” had great affinities with me from past lives. And we all met again in this life. The times I spent with them varied from short to long.
Sometimes, it felt like we were rushing and in a hurry. But, our affinities stretch throughout hundreds, thousands, and millions of lifetimes…
Time is ruptured.
Space is ruptured.
Indeed, under the vast and spacious sky, human generations move on and change.
Question:
“Why are the encounters so short?”
My reply:
“Human life is also like the lightning’s flash!”
“Are you Kukai?”
My reply:
“What do you think?”